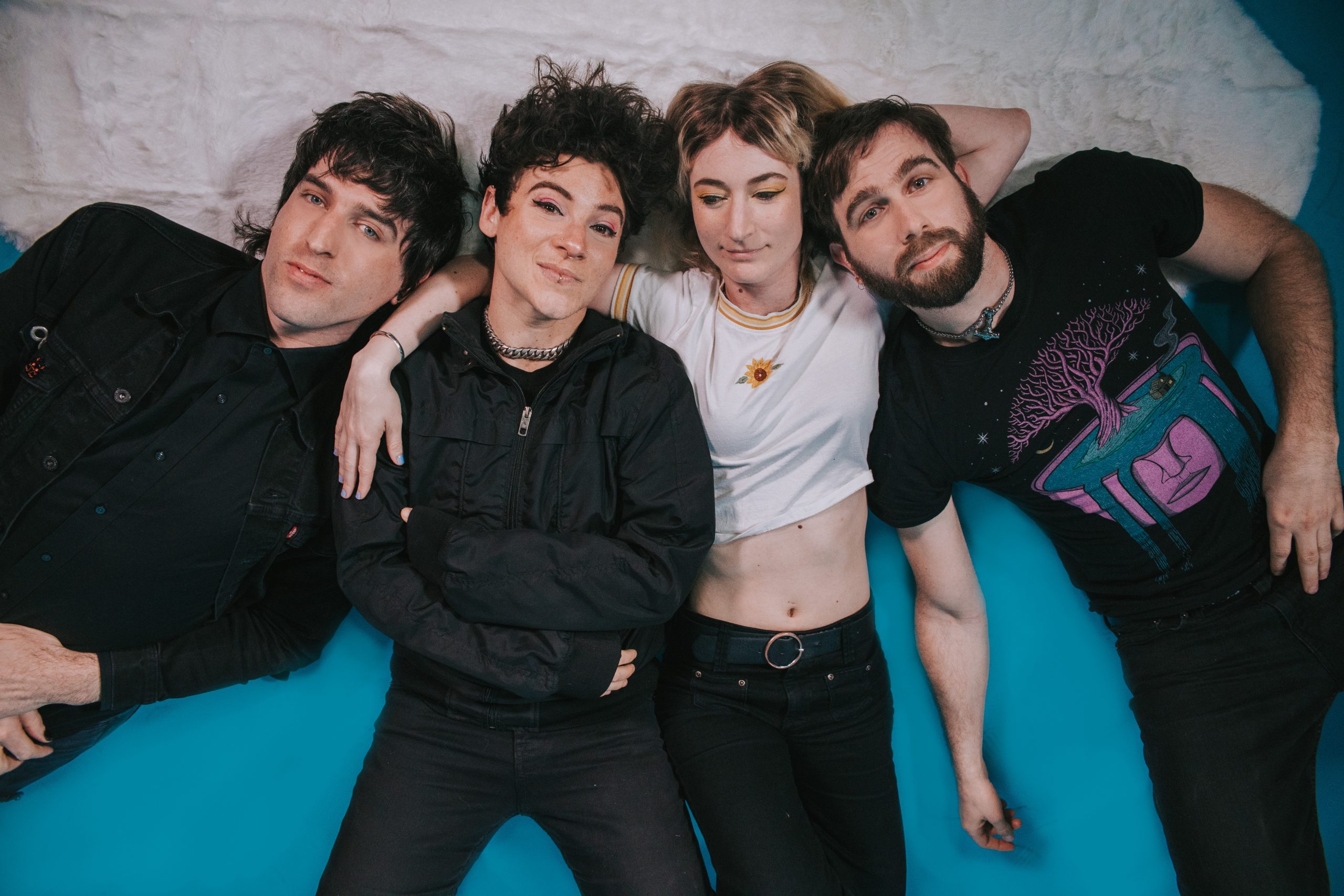 Residing in San Francisco Gloomy June release their second single, ‘Always Gonna Let You Down,’ which comes hot on the heels of ‘Save Anyone’ and in advance of their debut EP ‘Popsick’ out May 31.

The Indie Popsters stand-out with their trademark ebullient, life affirming indie-pop, with the new release, ‘Always Gonna Let You Down.’ The new track emerged from a rehearsal session, where guitarist Devin Nelson turned up to band practice with a new synth instrumental. The dancey vibe and rhythm reminded them of the 80s single ‘Never Gonna Give You Up’ by Rick Astley, they flipped the meaning of the lyric, ‘Never Gonna Let You Down,’ into ‘Always Gonna Let You Down,’ in a kind of optimistic melancholia to depict fear and loathing during lockdown.

Drawing inspiration from lockdown lead vocalist Alexi Rose Belchere talks about how the pandemic drove people to this weird form of socially distanced socialising at the beach or park, it was strange how people were just carrying on. The track and video express an innate fear of ruining the party and letting everyone down.

Belchere explains, “the surreal image of everyone carrying on with social activities during the tragic time lead to the escapist lyrics of the song…”

Made up of vocalist Alexi Rose Belchere, guitarist Devin Nelson, bassist Jack Sundquist, and drummer Ash Hyatt, Gloomy June definitely aren’t going to be bringing any parties down soon. In both their first two tracks ‘Save Anyone’ and ‘Always Gonna Let You Down,’ they pack the house out with creativity, fun and a kind of tragi-comedy outlook. They explore worse case scenarios, fears and beliefs, that feel like they’re viewed through a kaleidoscopic lens.

While the sound is buoyant, irresistible and sparkling the lyrics carry an underlying curiosity and uncertainty – as they get out of their angst. Belchere’s distinct pop vocal is uplifting and filled with hope in this clearly defined 90s indie-pop aesthetic, while the lyrics depict a darker side:

‘I killed the party yet again, I’m in the corner trying to drink it out, and I don’t know how it started with my head… catching up to all I think about…’

Shot by Izzie Clark, the music video adds to the comedy, a party attended by the grim reaper scares party-goers away, party balloons are popped one by one, as they slowly trash the house – eventually only the band are left, dancing and performing with the grim reaper – who is having a fabulous time.

While the sound has a 90s indie-pop style, the videos from Gloomy June are reminiscent of 80s videos, with a creative DIY genius, in their first single, ‘Save Anyone’ they wear handmade clouds in the sky – as these lyrical philosophers explore ideas and beliefs.

Gloomy June are definitely ones to watch, the complete opposite of what we were expecting, upbeat and buoyant,  yet with a deeper current running beneath the surface.

Live shows:
May 3 San Francisco, CA at Brick and Mortar Music Hall
May 6 San Diego, CA at The Che Cafe
May 7 Los Angeles, CA at Flying Embers
May 11 Vancouver, BC at Red Gate
May 12 Bellingham, WA at The Shakedown
May 13 Seattle, WA at Conor Byrne Pub
May 14 Portland, OR at Honey Latte
May 15 Eugene, OR at The Lighthouse
May 20 Montreal, QC at Pouzzafest
June 1 San Francisco, CA at Makeout Room
More TBA