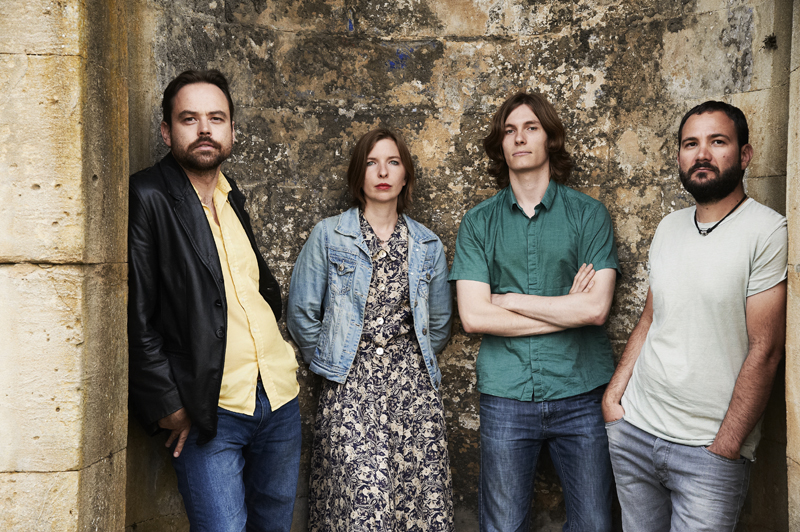 House Above The Sun sketch out tales of temptation and redemption on this roots & blues influenced Americana debut album. ‘Five Hours North’ is out on October 27.

These ten fresh tracks will enchant established and new fans alike, with their organic and poetic style echoing a wide array of roots sounds from reflective country to the more fiery hues of Delta blues and protest folk alongside influences as diverse as Wilco, Kurt Vile and Lucinda Williams.

A beatnik air recalls Kerouac’s ‘On The Road’, as vast and dramatic landscapes of America figure largely in the consciousness of their rich and spiritual lyrics, from vivid depictions of alligators basking in a Florida lagoon (‘Find A Warmer Place’) to ‘Tonopah’, which recalls a road trip through the Nevada desert. The album’s title, snipped from ‘Tonopah’, clarifies the recurring themes of movement and travel. The seductive opener ‘Runaway Devil’ and other tracks such as: ‘No Virtue’, meanwhile, call out the more corrupt and mercenary extremes of human nature.

Centre stage are the twin vocal talents of Jim and Ariel Moreton, the latter reaching the UK after a childhood in the deep south of America with pit stops in Costa Rica and Malta along the way.

This South London based four piece have drawn comparisons with acts as diverse as First Aid Kit, White Stripes, Black Keys and Stone Roses, building on core influences from rock artists including Dylan, The Doors and Tom Petty and alt-country like Gram Parsons and Uncle Tupelo.

Currently they are building-up a burgeoning following around the capital’s folk and roots underground, including a triumphant appearance at the recent Merge festival on London’s South Bank.

Five Hours NorthHouse Above The Sun