As the sun starts to flicker through the windows Pip Hall’s soulful vocals bring us her own blend of pop and electronics. We are soon after greeted with the auric atmospherics of Maven Grace, as they seem to bring the northern lights in to the venue, while Lara Smiles starts to rev up the sound as she captivates with her pop hooks and spiralling guitars, with tracks from her recent album, ‘All For You’.

Meggie Brown today is joined by members of Wahl as they create a ramshackle, delirious on-stage party, comrades wear green berets, as the post-punks serve a side dose of hill billy theatrics and dose of percussion. 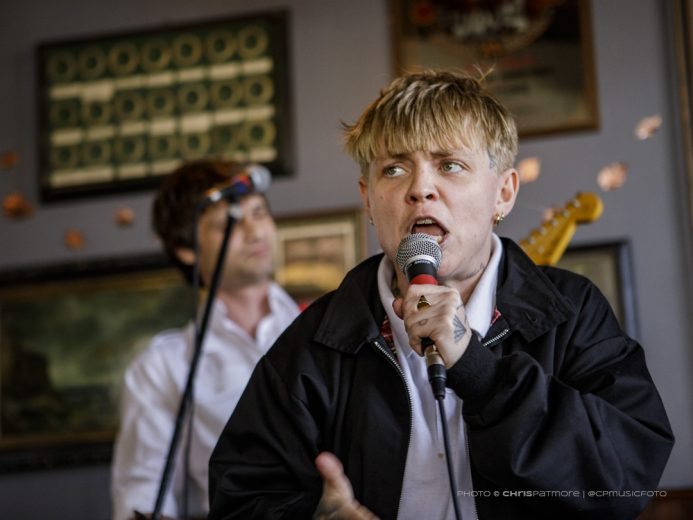 Next-up Avalanche Party and Phobophobes take to the stage in these amazing intimate performances, perfectly mixed, we get the chance to listen closely to the intricacies of their sound. 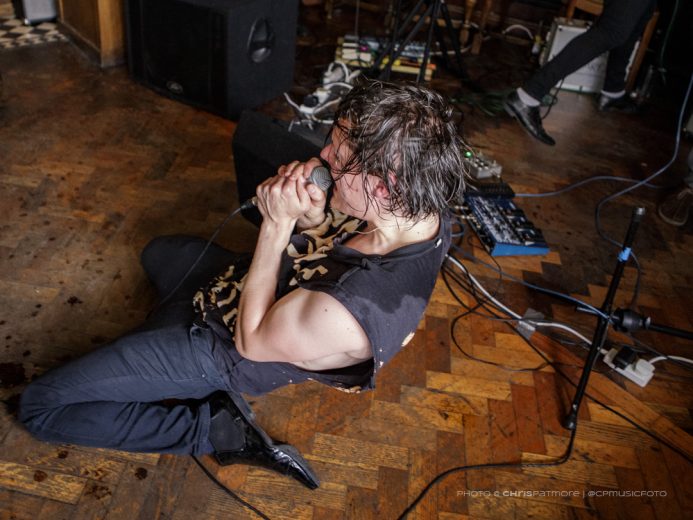 Tension builds in anticipation of Avalanche Party as they take to the stage. There is absolutely only one thing you can expect at this point in time and that is that Jared Thorpe will be pouring water over his head with their opening track, ‘I’m So Wet,’ he jumps on the nearest table and this time it is in-fact beer and he doesn’t disappoint. Piercing black eyes stare out into the audience, this tightly meshed band from the Yorkshire Moors take us on a journey out into the wilderness and back again, enticing, exciting and enthralling. The room is stunned into a state of sonic silence filled with psychedelic colours. Phones fill the room with everyone capturing a piece of the action, as Jared raises his arms like an eagle flying us over murky terrain, chanting noises, darkness with a cosmic edge, howling, plucking, effects and shifts in sound. They leave us with ‘Solid Gold’and a whirring Hammond hands us over to the swirling clutches of Phobophobes. 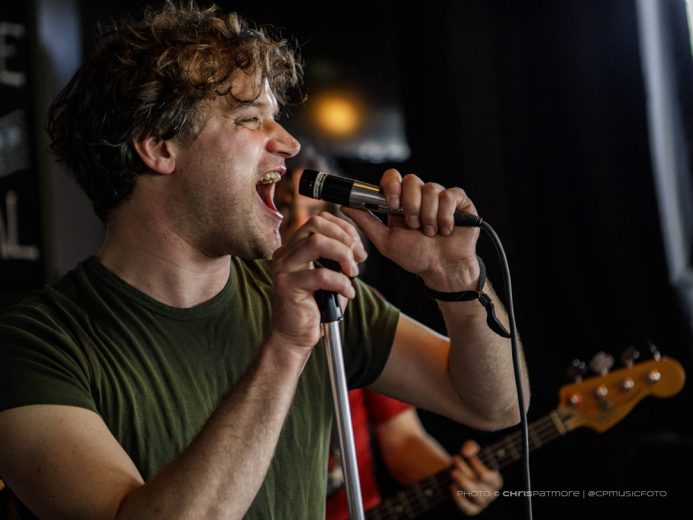 Phobophobes have been selling out shows all over London in recent times, they released their debut album earlier this year, ‘Miniature World’, and are currently gearing up to release their second album, which they have tucked away recording with Youth from Killing Joke. The gang of six huddle neatly onto the stage.

In this small space, we get to hone-in on their swirling, bending and unpredictable sounds, wonky and well-crafted shapes emerge from the stage and are offered to the audience. Dancing guitars emerge with ‘Human Baby’winding and waltzing together. It’s a bit like an Ealing comedy, you get the feeling of your house being burgled in this tip-toeing of sound, yet they’ve just popped in to make you a cup of tea, eccentric and peculiar.  The space fills with piercing guitars in ‘Where is my Owner?’ a siren sound, accompanied by an eastern feel, as Jamie Taylor takes us off on a flying carpet, the stomping begins as the crowd move to the beats in this session with Phobophobes and the whhhhrrrring of ‘Miniature World’, they leave us with the resounding ‘Child Star’and the murmuring of ‘lovey dovey, lovey lovey dovey’,  grasping, rasping, murmuring, stealing the award for swirling guitars. 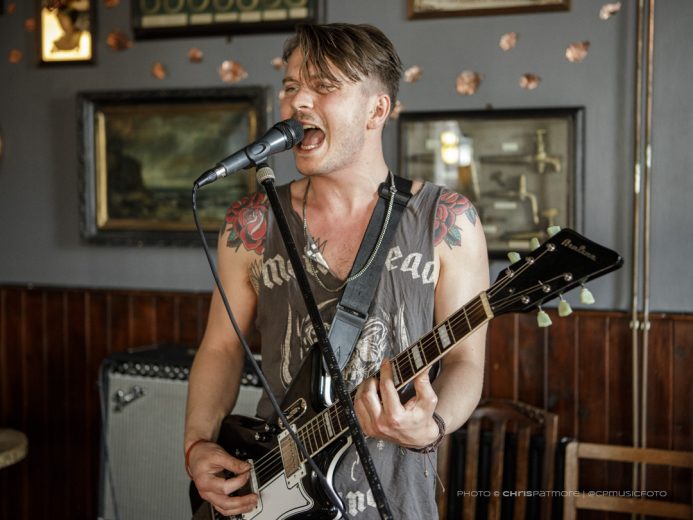 Boom, The Purple Lights bring an immediate blend of acid rock to the stage, sprinkled with loopstation magic, filled with Afrobeats and organic percussion. Leading us nicely into the soul bearing troubadour Pat Dam Smyth. Extremely sensitive, you get the feeling that each note is moved by a water carrier and plucked carefully from his inner being. An arresting stillness fills the room, absorbing and mercurial as each word is almost tangible as mellow guitar tones roll across the room.

Initially appealing for their tracks, ‘Nice Hair’ and ‘Lady’ and Conor Rabone’s lilac trousers the new PIAS signing Gathering of Strangers met literally on a line-up as complete strangers and somehow it just worked. Hailing from Manchester their brand of alt. rock ranges from pop hooks through to the psychedelic and is polished-off with Conor’s deep rugged vocals and idiosyncratic guitars.

Recently gaining comparisons to the likes of Grimes and Bjork, the performance pop artist from Riga in Latvia, Elizabete Balcus has been making waves across Europe. Tonight, minus the fruit and vegetables, she gives us a performance purely with synths and flute – which she plays exquisitely. She takes us into an organic medieval fairy-tale like journey of Peter & The Wolfe mixed with sounds depicting a virtual and celluloid future. You grasp snippets of meditations and layering of voices, ‘I’m not taking life too seriously,’ Elizabete wears a circular shaped hat pinned with rubber gloves, zig zagging make-up and eyebrows that can see, as she raises the auric vibration of the room with sounds harvested from another dimension.

80s beats, backing tracks, guitar riffing create this glitzy performance from Shimon of Big & The Fat in his side project Le Junk, breaking-up the day into the night,a funky guitar, filled with electronics. Nothing beats the theatrical indie cocktail that is Adam & Elvis, a carousel of sounds, keyboards, brass, percussion and guitars as Patrick Mahoney growls his poetic punk pop recollections into the microphone, Tom Waits meets the troubadour styling of Tony Bennet.

383MTMOB is the new project from Mobius Trip, a fresh collective approach from Klay, already known for his Prince-ly velvet rich vocals. Tonight the duo swells to a collective, funkadelic style rapping ensues with textured sounds and grooves in this free flowing performance.