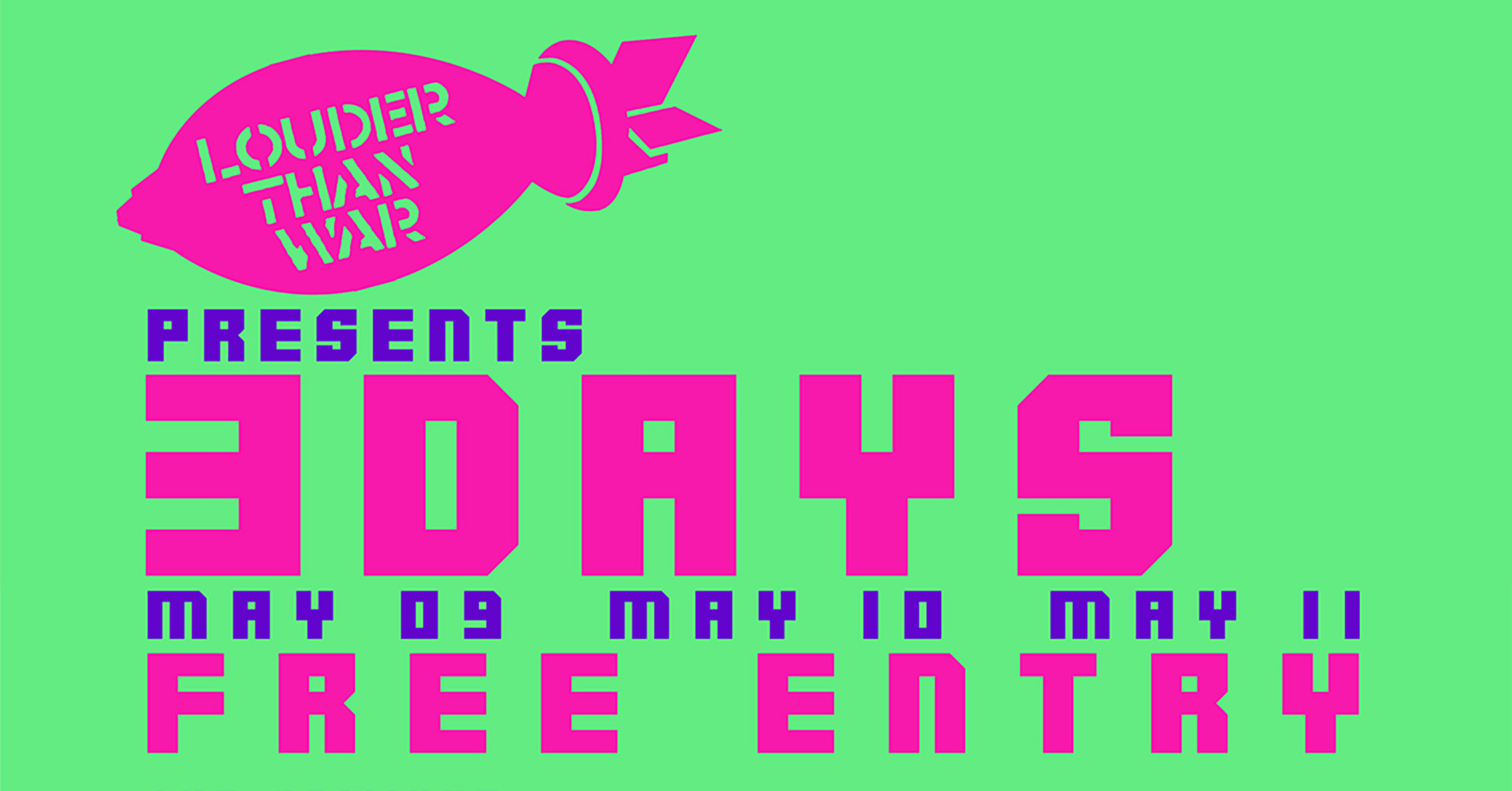 We wanted to run a stage over The Great Escape weekend this year to showcase some of our hottest new picks for 2019.  it was pretty short notice, so it was a mad rush to get it together. It was only shortly afterwards that we realised in-fact there are official alternative stages as well as the alt. alternative options, which we went for in the end. So our mission was to create Three Days of noise action w/ Louder Than War – which is exactly what we did. Three days of sound all in one intimate venue called The Admiral situated just on the edge of the main activities in Brighton and here’s what happened…

The first day began super early, opening with a captivating solo performance with the rich mellow tones of Sam Gotley from Pink Hotel.  The whole three day bill is a mix of sounds and guises – artists bringing different elements from Martha Makes Mistakes for her fun stage presence and satirical take on the world, to Belonging Band who pricked up the ears of one of our writers recently; boasting electronics fused with tales of the city from love, anxiety and diary of experiences.

By 2pm in the afternoon the venue was rammed for the minimalist dreamy pop of Brighton’s very own Zooni, hypnotic dreamscapes make for a delicate and floating fusion preparing you for three days of festival abandon. Pumped-up indie popsters Among The Citizens fill the venue with fizzing, bubbling dreams, while DramaLove add a bit of a gothic slant, sharper guitars and electronics creating a more angular vision and setting the scene perfectly for electronic performance artists Sex Cells.

Sex Cells take to the stage in their white jumpsuits with graffiti slogans, like scientists in a lab disseminating the world before them. Electronic synthesisers and wonderful clunking illustrate a modern day machinery that meets a surreal and distorted humanity, bringing us political landscapes and a montage of electronic experimentation illustrating a world in political turmoil and the end of capitalism.  Look out for their new EP ‘Cheer Up The Apocalypse Is Here’, due out later this year on Pretty Ugly Records. Electronic art noise that gets the brain cells moving.

Gavin Martin recites some of the most knowledgeable poetry you ever heard with real facts thrown in, beguiling stories and true-life accounts of Mark. E Smith, Johnny Rotten and Marvin Gaye.  He recounts the truth that punk delivered to us, an obituary to Mark E. Smith and his desire for a revolution and an alternative peaceful Ulster. As he recounts the story of Marvin Gaye, you can see people sitting in the room listening intently to the words and the incredible knowledge and as his set moves-on he becomes more animated, the words delivered more poignant infused with meaning and expression.  Performing to backing tracks created with Martin Bell from The Wonderstuff, these snippets are from ‘Talking Musical Revolutions’ by Martin & Bell out on Tiny Records last year.

Next-up Jessica Winter, who recently released the sublime track, ‘Sleep Forever’ and is already known for her performances with in Pregoblin, who are currently supporting Fat White Family on tour.  Suddenly lots of activity envelopes the room as white backdrops and disco lights are installed at the front of the stage. We are all intrigued as to what might happen next, as Jessica glides onto the stage with her nightingale like vocals performing what appears to be an ironic take on the phenomenon of the pop diva. A certain pop princess quality is present as Jessica delivers her own personal take on the pop world,  commercial, yet not, sold out but human, tainted and real.   You can only warm to her characteristic refinery and conical Madonna-style bra, uplifting pop songs with a unique quality as a true reality shines through from the idea of the perfect polished icon.  Fun, fascinating and inspiring.

Luvia takes us on her own journey, Lana del Rey style seductive slurring vocals filling the room and we’re transported to a town far away in Memphis Tennessee, palm trees swaying.  Big & The Fat create a diversion and bounce into action as a ton of backing tracks vibrate around the space, 80s beats and full throttle energy bouncing with big, energetic guitars, keys and fat chunky rhythms. Modern Hinterland hint at Midlake or The Bees, all rolling meadows, brooks and Americana dreaming, while Hurtling hurl us into a huge stadium, immediately reminiscent of My Bloody Valentine, no coincidence as their own Jen Marco also plays live with MBV. Immediately upping-the-ante of the whole day, they bring their textured sounds to the fore with perfectly crafted songs painting great landscapes in the sky, gently rousing guitars immersing us in magnificent sound. 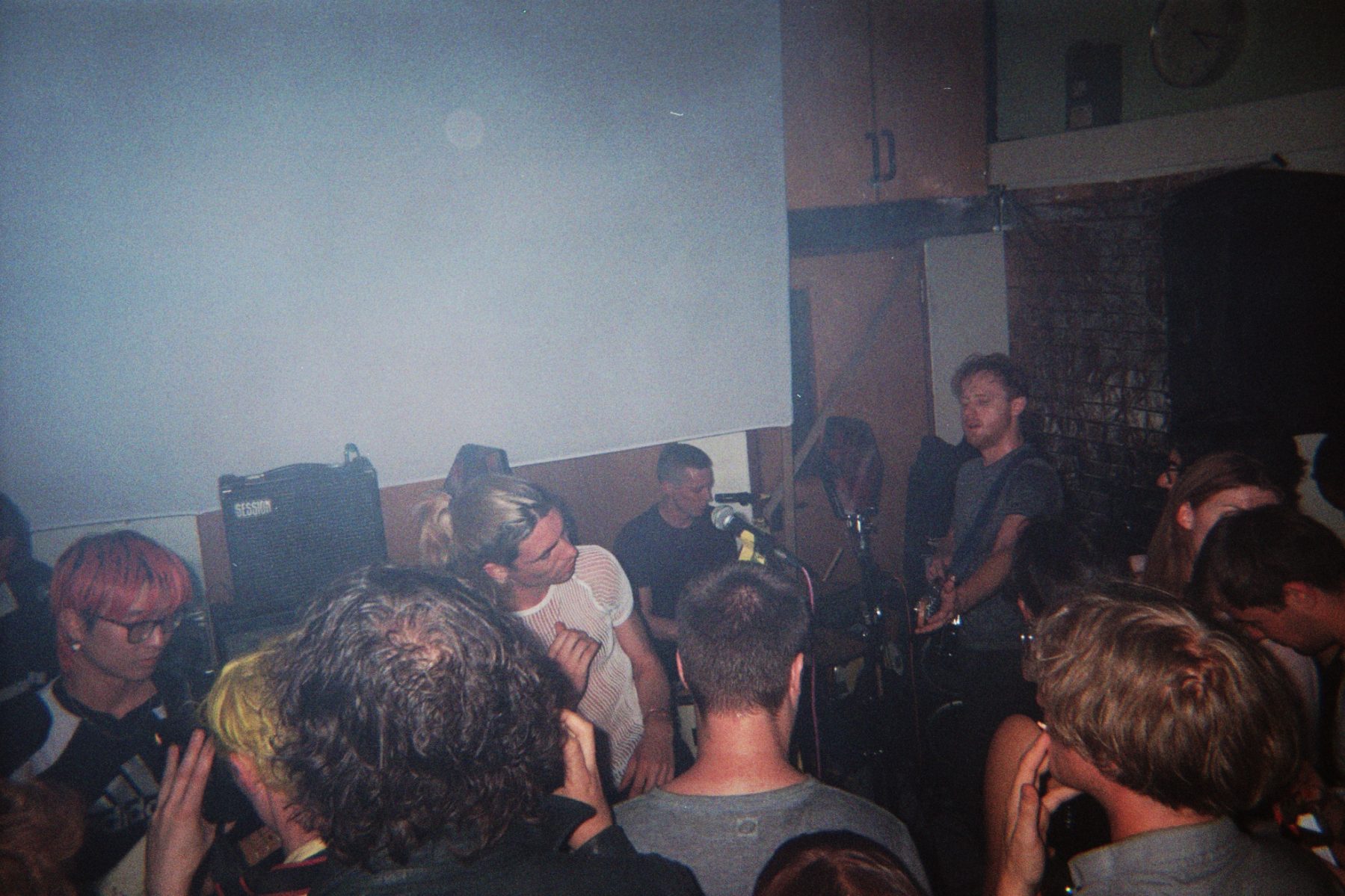 Next-up Xi take us on an extra-terrestrial journey straight away, from the start planet Xi is not hard to find.  Lovers of the heavily tipped but ultimately short lived Sweat will know this as the new project from their singer Dante Traynor.  A palette of psychedelic colours with a sprinkling of pure pop abandon and we’re launched into another dimension where glam rock, pop and electronics all collide.