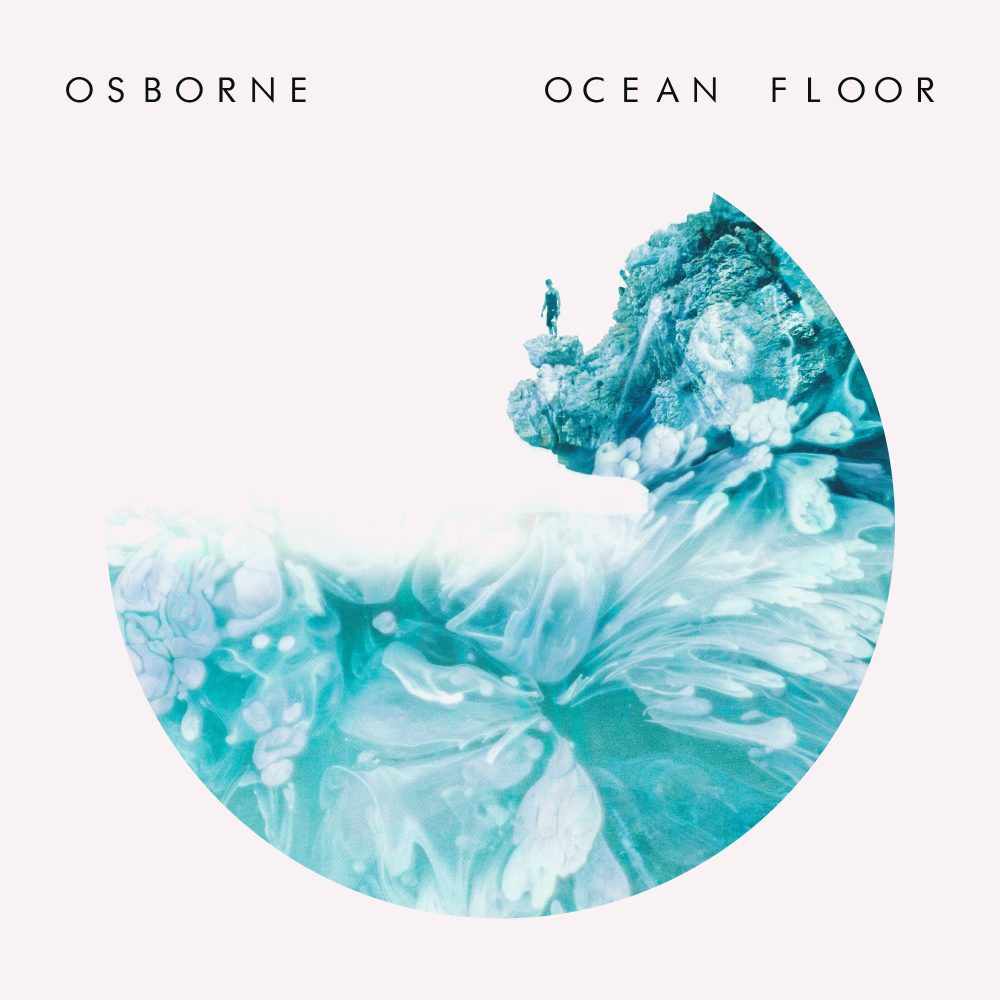 Osborne – or Ipswich-based singer songwriter Richard Osborne as his mum knows him – became an overnight success a year or so back when his debut single ‘Complete’ got a remix overhaul by Lady Rose and ended up scoring over 10 million plays on Spotify.

The briefest of listens to his latest offering, ‘Ocean Floor’, sugeests it’s quite possible he’ll be able to replicate its success all over again with this. Having grown up in a musical family, loving the R&B/soul scene and collaborating with Dice Raw of The Roots and a host of esteemed Bristol MC talent, he’s since hooked up with producer Lucy Pearson who is evidently a dab hand at nurturing his talent while finding new environments in which to utilise his core vocal skills.

‘Ocean Floor’, which is released on the aptly named All In Good Time label, is described as “a laid back Ibiza lounge record” and for once the press reelease has hit the nail square on the head. It announces itself with soft chords and the polished beauty of Osborne’s voice in full focus, bringing an intimate feel that has clear parallels with the best of Green Garside aka Scritti Politti’s output.

“She (Pearson) was playing around with some piano chords and to me it sounded calm, very relaxed and all i could picture was an ocean, we then further developed the production after the first verse was written,” says Osborne of the song, continuing by saying “the meaning behind the lyrics is that sometimes in life you have to look a little deeper than what is presented to you on the surface.”

As it progresses, the song begins to become propelled along very gently by a light club rhythm and Osborne starts to get into his stride, intensifying his performance until his rich tones begin to resemble those of George Michael in full flow. Which is praise indeed,It’s one of those tracks – think along the lines of the Todd Terry mix of ‘Missing’ by Everything But The Girl – that works on several levels. Firstly, it’s an irresistibly catchy pop song with a super classy production and some top notch singing. Secondly, it’s blessed with a nimble, hard-to-resist groove that will be sure to get dancefloors moving. Thirdly, it’s a moving song in its owjn right with (and you’ll have to excuse the pun here) hidden depths, one with real emotional resonance.

Any one of those qualities is enough to get a thumbs up from us – but when you get all three wrapped up in one track, you know you’ve hit gold.