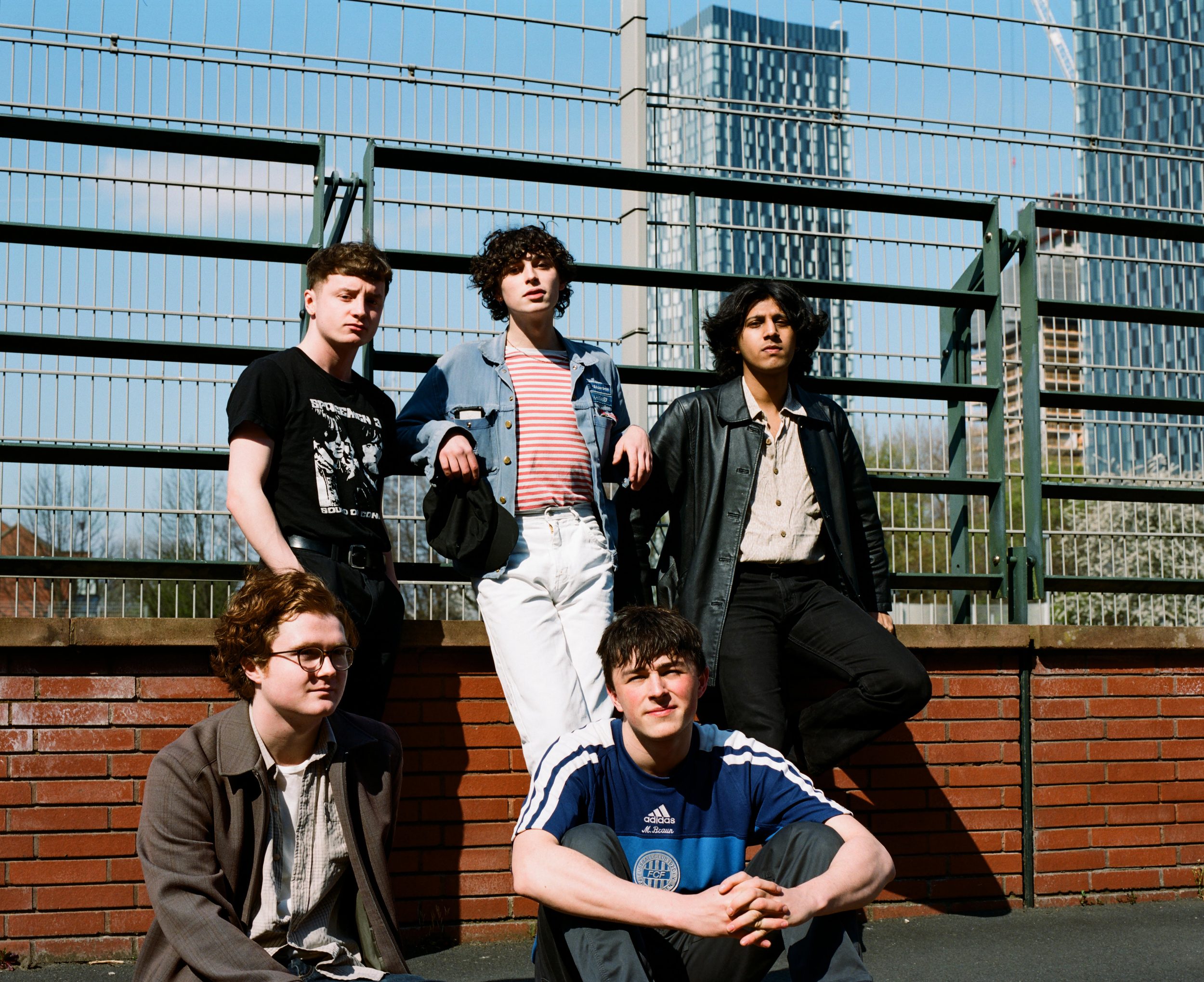 Manchester’s garage rockers The Goa Express have friends in relatively high places.  Sharing bills with the likes of YAK, The Orielles and Cabbage would be impressive enough.  But they’ve also enlisted the able hands of Fat White Family’s Nathan Saoudi twiddle the proverbial production knobs and record this single at Sheffield’s Champ Zone studios.

But despite its geographic oiriins – look away now Yorkshire men and women everywhere – the spirit of Manchester has so much to answer for here.    The ghost of Mark E Smith hovers above ‘The Day’ for sure, although perhaps more through a channeling of the raucous racket of The Fall as a band than Smith’s actual vocal style.  Speeding along at quite a fair lick, it fuses the simplicity of  50s rock ‘n’ roll with 60s psych garage rock abandon in the same way as Fall tracks like ‘Kicker Conspiracy’ or  ‘White Lightning’ did,  Although in Saoudi’s hands, they’ve been given the kind of brilliant, crystal clear sound that Smith and co rarely enjoyed.  Joe Clarke’s majestic sounding keyboards add an extra sonic dimension to proceedings that is often missing in this musical area.  Although his comrades James Douglas Clarke (guitar, vocals), Joey Stein (lead guitar), Naham Muzaffar (bass) and Sam Launder (drums) all clearly have individual skills and the kind of collective cohesion that only a hard gigging, thoroughly committed outfit has,

Having converged on Manchester to study from various corners of surroundiing areas, the band’s latest songs are about: “ moving out to university and getting caught for doing shit whilst there and also about the fake, social media platform of our society” according to singer/guitarist James.  We reckon this combination of high and low brow concerns bodes prettty well for the future.  Whether your tastes hark back to the original psyche days, The Fall’s punk remake or modern day heroes like Shame and Cabbage, there’s something here for you, Seize ‘The Day’, we say!