What is it about three pieces that gives them that vital edge?

It’s often been said that creativity results from restrictions, and from the Jimi Hendrix Experience to The Jam, and indeed Nottingham-based three piece The Ruffs. Also, the fact that each band member needs to do so much more than normal to keep the sound spectrum nice and busy seems to invest their vibe with a frenetic, addictive energy. 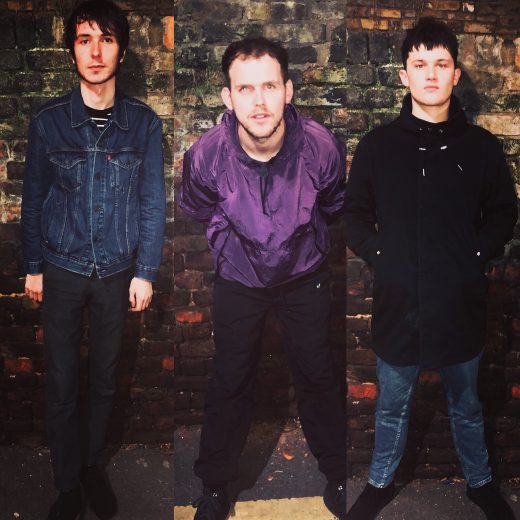 The trio describe themselves as a 90s-style garage rock outfit, but their collective record collection evidently contains more than a handful of early Strokes albums. ‘Alligator’ begins with a swaggering, simple groove and ultra-economic riff, plus a sardonic sounding vocal delivery from singer/guitarist Connor Spray.  while bassist Blaine Monk and drummer Tyler Spray pin the groove to the floor with the force of a heavyweight wrestler. To these ears, it sounds like pre-baggy Scouse legends The La’s collaborating with Elvis Costello’s backing band from ‘This Year’s Model’. The chorus, however, has a wayward, natural funkiness that nods to the Stone Roses or another underrated Liverpool band, Shack, at their very best.

‘Alligator’ was apparently written around three years ago – evidently some extensive road testing on the live circuit has gone to make it sound so graceful – and is “loosely based around the ways of modern day, immature young and naive love/relationships.” There’s a street smart feel to Connor’s observations, full of cocky confidence but laced with vulnerability, and lines like “you only like her because her older brothers have an influence around here” paint a brilliantly evocative picture of the big concerns of small town (or city) living. Add the quirky stammer-style rapid fire delivery and a rhythmic feel that verges on rapping apparently without realising, and you’ve got something quite special and ultimately irresistible. Our advice? Snap it up!