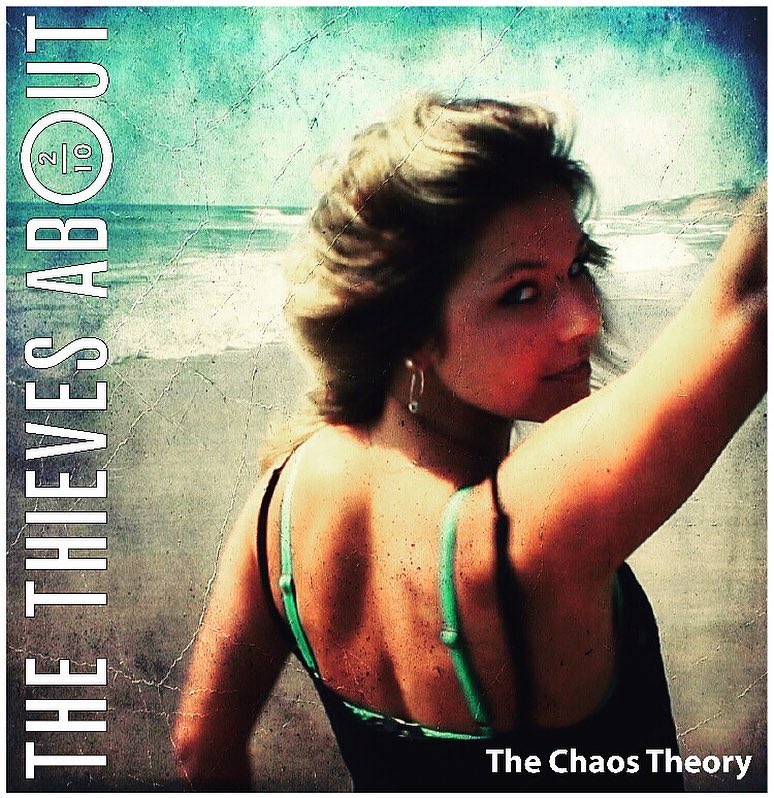 The Thieves About – Hurricane

Aaaah yes. The sweet, familiar sound of the Rickenbacker guitar is an unmistakable and distinctive one and unless we’re very much mistaken it’s one that the San Diego four piece The Thieves About are making great use of on this cut from their new EP ‘The Chaos Theory’.

The band —lead guitarist John Reikes, drummer Brian Ulery, singer and guitarist J Scott Gavin and bassist Jeff Redding— declare a love for 90s bands such as The Refreshments, Foo Fighters and Better Than Ezra, but the unique ring of the Rickenbacker means there’s an extra dimension to their exuberant power pop/garage punk sound.

We can hear echoes from further back too, definite a touch of The Byrds’ swirling melody and more than a touch of the highly strung, speedy thrills of the first two or three R.E.M. albums. Neither of which is a bad thing at all, and actually once combined with those later sources, turns out to give a rather over walked musical path a few interesting and original detours.

It’s always nice to find a band that’s actually cleverer than they pretend to be – all too often it’s the other way round – and so what makes ‘Hurricane’ an enduring listen is a sense of inventiveness and musicality that add that extra unspoken dimension to the kind of guitar music that you’ve heard a million times before.

There’s a killer chorus, too, one that everything else in the track that leads up, and one that unashamedly rips a hole in your speakers with its bounciness and thrashy, trashy guitars, one that is genuinely catchy too.

All in all, it’s an intriguing mix of the sublime and the, if not quite ridiculous then certainly unpretentious. Gloriously dumb, perhaps, but in the smartest of ways. Whatever, you’ll love it.